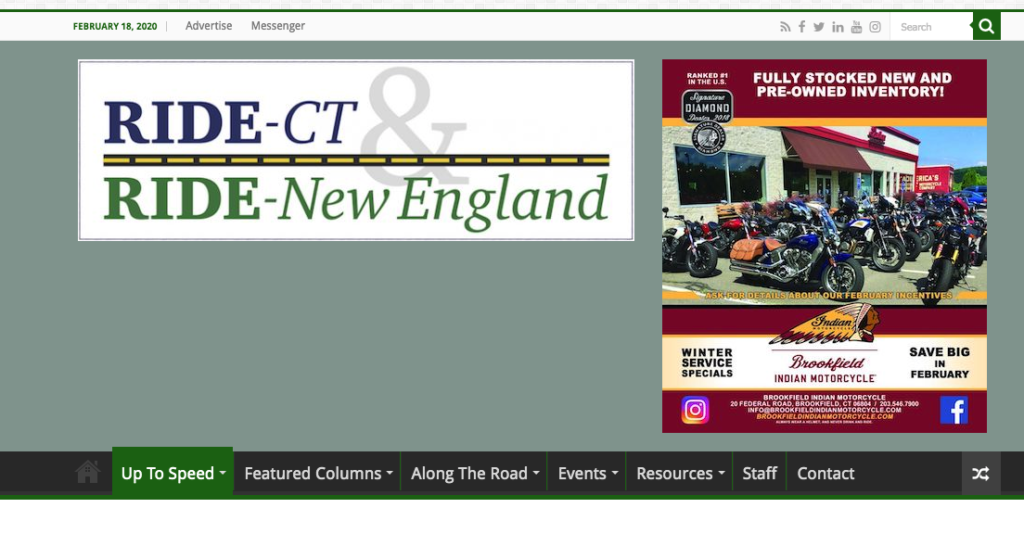 Jos Hammer, a 39-old-year artist, motorcycle shop owner and super bike racer in the village of Steenwijkerwold in the Netherlands, has found a creative way to meld his love of motorcycles with his obvious talent with a welding torch.

Hammer crafts sculptures of predatory birds and uses old motorcycle gas tanks for their bodies. His handiwork popped up in a gallery on the website Steampunk Tendencies a few days ago, prompting RIDE-CT & RIDE-New England to track him down.

“I built my first bird four years ago,” Hammer said in an email. “First I make a setup with a frame and then work from bottom to top.” He explained that he’s long thought that a motorcycle tank resembles a bird.

“I think owls and eagles are beautiful animals,” he said, reporting that each sculpture takes from 20 to 25 hours to complete. The size varies. The red Phoenix bird inspired by the “Harry Potter” books and movies is 40 inches tall.

The owl that he made is about 32 inches tall.

The prices for his artwork also vary. A black eagle is listed for €750.

Hammer reported that he owns multiple motorcycles, operates Hammer Motorsports with his brother, and races in the Dutch Superbike Championship series.

Hammer said he does accept orders for custom sculptures if someone happens to have an old motorcycle gas tank collecting dust on shelf. A Jos Hammer original sure would look good in a home office or workshop.